Bahraini security forces have attacked the protesters, holding an anti-regime demonstration in the northeastern island of Sitra.


The demonstrators took to the streets in Sitra on Sunday.

Meanwhile, protesters in Manama torched tires and blocked the roads near the Bahrain International Airport.

Bahrainis continue peaceful demonstrations against the ruling monarchy, despite the regime’s violent crackdown on the protests. The police frequently use teargas canisters, rubber bullets, and sound grenades to disperse the protesters.

The demonstrators hold King Hamad bin Isa Al Khalifa responsible for the deaths of the protesters during the uprising that began in February 2011.

Bahrain hosts the US Navy Fifth Fleet and is among the Persian Gulf countries such as Kuwait, Oman, Qatar, Saudi Arabia, and the United Arab Emirates that receive military equipment from the United States. 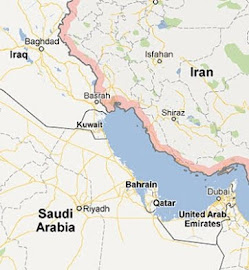 Western media organizations have given them a free pass to commit transgressions against both their own people, and people abroad. IOGSD attempts to revoke that free pass.

IOGSD has no operating costs, accepts no donations or funding, and is run completely by volunteers.

IOGSD is a project by the Land Destroyer Report, also unfunded and done on a volunteer basis. 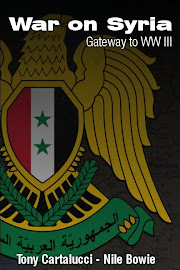